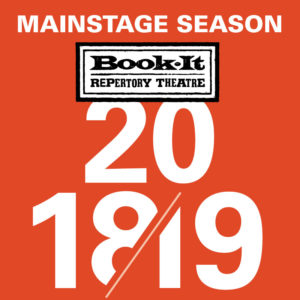 Jane Eyre, by Charlotte Brontë
Adapted and Directed by Julie Beckman
September 13-October 14, 2018
Premiered at Book-It in 2001
Orphaned as a child, Jane Eyre musters up the courage to take a governess job at Thornfield Hall, where she meets the brooding Edward Rochester. Though she finds herself captivated by his kind spirit, she is distracted by the strange occurrences at the house. In this revolutionary piece of literature, eponymous heroine Jane maintains her integrity and inner strength as she grows into adulthood. Called the ‘first historian of the private consciousness’, author Charlotte Brontë explores classism, sexuality, and female expression in this Gothic mystery.

My Ántonia, by Willa Cather
Adapted and Directed by Annie Lareau
November 29-December 30, 2018
Premiered at Book-It in 2008
The childhood memories of narrator Jim Burden in Blackhawk, Nebraska are woven together with the struggles of his beloved neighbor, a newly-arrived immigrant girl from Bohemia, Ántonia Shimerda. The story of their friendship outlines the determination, hardship, and resilience of Great Plains life at the turn of the 20th century in this enchanting American classic that is a tribute to the human spirit.

American Junkie, by Tom Hansen
Adapted by Jane Jones & Kevin McKeon
Directed by Jane Jones
February 14-March 10, 2019
How does a budding musician become a broken-down junkie? A brutally honest look at addiction during Seattle’s grunge years, Tom Hansen maps his life and painful self-discovery, without self-pity or blame. Hansen balances a raw story about vulnerability and the pain that inspires self-destruction with humor and hope.

Returning the Bones
Written & Performed by Gin Hammond
Directed by Jane Jones
Performed at the Erickson Theatre (1524 Harvard Ave, Seattle)
March 28-April 14, 2019
A young African-American medical student is suddenly faced with a question only she can answer: continue to risk her life in the fight for Civil Rights, or escape to Paris to live a life she’s always dreamed of? Returning the Bones is a solo show with 28 characters performed by Helen Hayes Award-winner Gin Hammond and explores the question: How do you choose between your country, your people, and yourself? Classic storytelling combined with a fluid physical style will bring you on a journey of many miles, perspectives, and epiphanies.

Behold the Dreamers, by Imbolo Mbue
Adapted and directed by Myra Platt
June 6-30, 2019
Jende Jonga and his wife Neni have recently emigrated from Cameroon to America to try to make a new life for themselves and their young son. Jende gets a job as a chauffeur for an investor at Lehman Brothers and Neni studies to be a pharmacist. When the Great Recession starts to upend the economy, both of them realize that America may not be the place full of hope and promise as they had once thought. Imbolo Mbue masterfully weaves a story of class divide, immigration, and marriage in her remarkable debut novel. 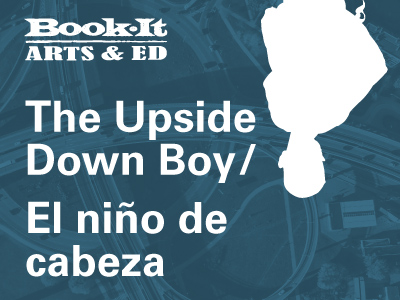 The Upside Down Boy/El niño de cabeza by Juan Felipe Herrera
Adapted and Directed by Sophie Franco
Illustrated by Elizabeth Gómez
Touring Oct-Dec, 2018
When Juan and his family move to a big city, his whole world feels upside down. He doesn’t speak English, he doesn’t understand the rules to recess, and whenever he tries to speak, his tongue feels like heavy rocks. But with the help of music, poetry, and an encouraging teacher, Juan finds his voice and footing in this upside down world that he soon considers his home. This production will be performed bilingually in Spanish and English. 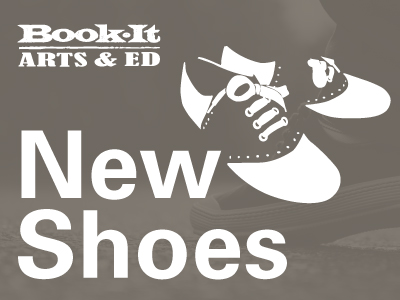 New Shoes by Susan Lynn Meyer
Adapted and Directed by Lamar Legend
Illustrated by Eric Velasquez
Touring Jan-March, 2019
Ella Mae is in need of some new shoes, but when she and her mother arrive at Mr. Johnson’s shoe store, her happiness quickly turns to dejection. She is forced to wait and unable to even try a pair on because of her skin color. Determined to fight back, Ella Mae and her friend work to collect and restore old shoes. The girls have their very own shoe sale, giving the other African American members of their community a place where they can be treated fairly and “try on all the shoes they want.” 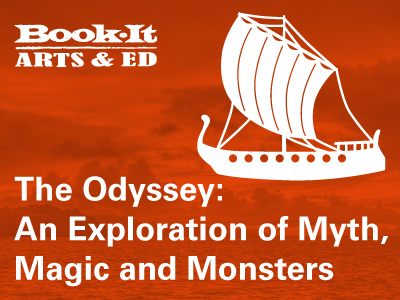 The Odyssey: an exploration of Myth, Magic and Monsters based on Homer’s The Odyssey
Adapted and Directed by Annie DiMartino
Touring March-June, 2019
Journey with Odysseus as he and his crew battle the cyclops Polyphemus, survive the magic potion of the goddess Circe, and navigate their way through the Sirens’ songs!  After being gone from Ithaca for the last 20 years, will Odysseus be welcomed or cursed to live life on the open seas?  Adapted from Homer’s epic poem, The Odyssey: an exploration of Myth, Magic and Monsters celebrates Greek tradition and theatrical mask, the importance of teamwork and problem-solving, and the power of ingenuity and perseverance.

Our Arts & Education productions are performed by professional actors/teaching artists and tour to schools, libraries, and community centers statewide. Tours may be booked by calling 206.428.6266 or emailing education@book-it.org