The Life of Oscar Wilde – Part 2 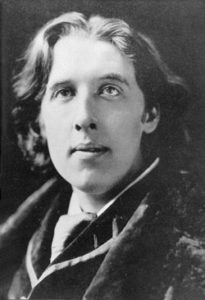 Wilde wrote The Picture of Dorian Gray in 1890, which cemented his reputation as a writer. He was soon introduced to a fan who had read the novel fourteen times in a row. The young man, the youngest son of the Marquess of Queensberry, was a spoiled and temper-prone brat. But he was also very handsome, so Wilde offered to tutor him in reading Greats. The boy’s name was Lord Alfred Douglas, and their relationship would develop into a long and tumultuous affair.

Over the next few years, Wilde wrote his famous plays, including Lady Windermere’s Fan, Salome, A Woman of No Importance, An Ideal Husband, and The Importance of Being Earnest. He dined frequently with groups of young men and spoiled them with gifts. They were happy to take advantage of his kindness and his sexual attraction to them. Wilde would later call this “feasting with panthers.” Soon enough, some of these young men began to blackmail him.

The handsome Lord Alfred Douglas was also becoming increasingly reckless in his trysts with Wilde, and rumors of their romance spread widely across London. Douglas’ father Lord Queensberry, also a hothead, would not tolerate such a relationship. He tried accosting Wilde at a performance of The Importance of Being Earnest, but failed to get his attention. Queensberry also failed to reach Oscar at his club, so he left a calling card which read, “To Oscar Wilde posing Somdomite [sic].” This was the last straw. Wilde decided to sue Queensberry for libel.

BEFORE THE LAW
The libel suit was a bad case, even in foresight. Wilde’s friends urged him to drop it. Because the law required the defendant in a libel suit to defend his words, Queensberry would have the opportunity to give evidence that Wilde was a “posing Somdomite [sic].” Twelve young men testified that Wilde had committed sodomy, and Queensbury’s counsel presented incriminating love letters and evidence of the blackmail he’d paid to young male sex workers.

Wilde lost the case, which made him legally responsible for paying for the defense. He immediately went bankrupt. Shortly thereafter, Wilde was arrested on the charge of gross indecency — a term meaning “homosexual acts not including buggery”. At this trial the jury could not reach a verdict, so a third trial was called. Wilde was convicted in short order: the witnesses for the prosecution were being paid off, Wilde was obviously guilty, and the judge was particularly homophobic. After the jury reached a verdict, the judge condemned him:

“It is no use for me to address you. People who can do these things must be dead to all sense of shame, and one cannot hope to produce any effect upon them. It is the worst case I have ever tried. … I shall, under such circumstances, be expected to pass the severest sentence that the law allows. In my judgment it is totally inadequate for such a case as this. The sentence of the Court is that each of you be imprisoned and kept to hard labour for two years.”

PRISON & EXILE
Prison was nearly unbearable. Wilde’s imprisonment was unfortunately timed; at the end of the century, prison conditions were as inhumane as possible to act as a deterrent to crime. For his “crime,” Wilde was forced to sleep on a plank bed in the cold. Prison food was soup and gruel, measured out ounce by ounce. Disease and diarrhea were rampant. Multiple times guards became violently ill upon merely opening cells in the morning and seeing the conditions the prisoners lived in. In the first few months, Wilde suffered a fall, which damaged his hearing and caused his ear to occasionally drip blood thereafter.

One day in prison a fellow inmate muttered to him, “What are you doing in this place, Dorian Gray?” Wilde replied, “Not Dorian Gray, but Lord Henry Wotton.”

After his release, Wilde spent the rest of his life in exile. At first he lived in France with his old friend Robert Ross, where he wrote “The Ballad of Reading Gaol”, published under the pen name C33 — his prison cell number. Its main theme described what he felt Lord Douglas had done to him: “For each man kills the thing he loves.”

He soon lost all will to write; it no longer brought him any joy. Toward the end of his life, Wilde’s health and appearance deteriorated. He became covered in red rashes and wandered alone through city streets, meeting old friends and acquaintances mostly through chance encounters. He ultimately developed meningitis, a consequence of a surgery he’d had for his injury in prison. Only two friends were present at his deathbed.

This post was written by dramaturg Ian Stewart. The Picture of Dorian Gray runs June 6-July 1 at The Center Theatre. Get your tickets today. Read Part 1 here