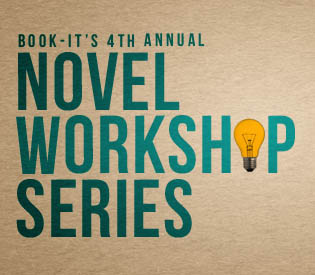 Book-It Repertory Theatre and the UW School of Drama are collaborating again in a series that explores potential adaptations for future main stage productions at Book-It.

The 2014 Novel Workshop Series schedule has not yet been announced.

[/thb_tab][thb_tab title=”ABOUT THE SERIES”]Watch the creative process unfold onstage as PATP students explore a series of works-in-progress with Book-It Repertory Theatre. This collaboration aims to expose students and audiences to the process of play development through readings in the Book-It Style™.

Every Book-It show is a world-premiere adaptation of a work of fiction. Co-Artistic Director Myra Platt explains, “Bringing a novel adaptation to the stage cannot be rushed, and an early reading of a fledgling adaptation with a discerning audience can shortcut development time and help steer a new work through the process—it can also tell the company what won’t work as a Book-It Style™ production.”

Explore our future with us! You may just witness the birth of the next big thing.[/thb_tab]

[thb_tab title=”UW SCHOOL OF DRAMA”]The University of Washington School of Drama is one of the country’s leading training institutions for theatre artists and scholars. Sixteen faculty and 20 staff members serve 150 undergraduate majors and 45 graduate students. The School offers a four-year undergraduate liberal arts education, Masters of Fine Arts degrees in acting, design, and directing, and a PhD in theatre history and criticism.

Internationally, students study and present work at the Edinburgh Fringe Festival in Scotland and in Pontlevoy, France as The Drama Collective. Faculty and alumni have founded theatres such as ACT (Seattle), Oregon Shakespeare Festival, The Empty Space Theatre, and most recently, the Washington Ensemble Theatre, Emerald City Scene, Wing-it Productions, and Next Stage.

Read more about the School of Drama.

The Count of Monte Cristo by Alexandre Dumas (père),
Adapted by Rachel Atkins and directed by David Quicksall

Run by Ann Patchett
Adapted and directed by Myra Platt

Made possible, in part, through the generosity of The Boeing Company Charitable Trust.