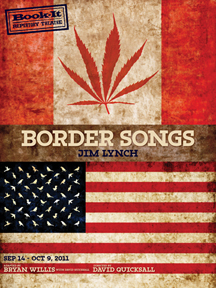 Jim Lynch’s (The Highest Tide) second novel explores division between the natural world and everyday human experience, between communities, and individuals. It’s also a hopeful vision of the commonalities we can discover if we look at things just a little differently, the way Brandon Vanderkool–a 6’8″ dyslexic, bird watcher who joins the Border Patrol–does. Lynch’s masterful use of metaphor unlocks these divisions and commonalities and offers an extraordinary potential for a dramatic re-telling in the Book-It Style. Border Songs is a 2010 Washington State Book Award-winner.