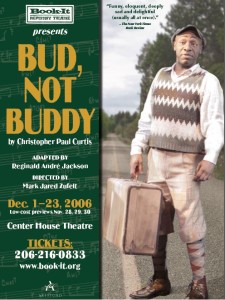 This wildly popular book follows 10-year-old Bud Caldwell on a quest to find his father, a journey that sets him on the trail of a jazz band known as Herman E. Calloway and the Dusky Devastators of the Depression. Rich with adventure and laughter, Bud, Not Buddy is a coming of age tale for the 20th century, an American Odyssey for young and old alike.