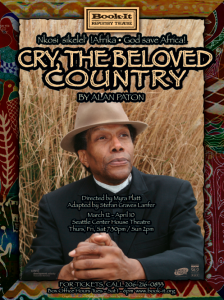 Written in 1946, Cry, the Beloved Country is a gripping portrait of South Africa and its people as told through the eyes of a Zulu pastor in search of his son. The story became a worldwide bestseller upon its publication in 1948; its visionary message was hailed by Nelson Mandela as “a monument to the future.”