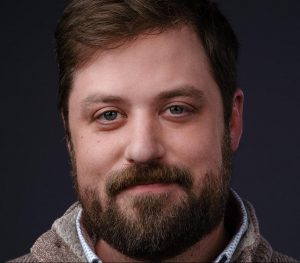 Gus is a director, producer, and bookworm. He became Artistic Director of Book-It Repertory Theatre in January 2020. He comes to Book-It after serving as the Artistic Director of Jackalope Theatre Company from 2015-2020. Under his leadership, Jackalope produced 15 professional shows, 75 individual events, and hosted 200+ guest companies over the course of five seasons. For Jackalope, he directed the critically acclaimed world-premieres of Exit Strategy, The Light Fantastic ( both by Ike Holter), and Life On Paper (Kenneth Lin). He expanded artistic programming by initiating the GroundWorks Series, the CircleUp! Reading Series, and The Jackalope Playwright’s Lab to foster new play development. He was named one of the Fifty People Who Really Perform for Chicago by Newcity Magazine in 2016, 2017, 2018, 2019, and 2020. He is a founding member of The Roustabouts and The Inconvenience, where he served as Director of Theatre Programming. He has worked with many theatre companies including Steppenwolf Theatre Company, A Red Orchid Theatre, American Theatre Company, Mary Arrchie Theatre Company, First Floor Theatre, and Strawdog Theatre Company. 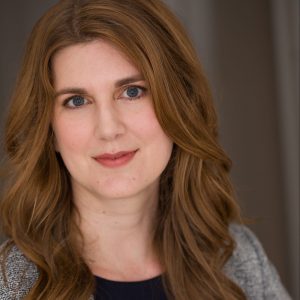 Ms. Clarke joined the Book-It staff as Director of Development in 2019, having to quickly adapt to a changing global landscape as she began this new role. Her deep experience and expertise in theatre fundraising and administration enabled her to raise almost $400,000 in response to the onset of the COVID crisis, ensuring that Book-It could remain operational, retain staff, and support the shift to producing audio dramas for the first time. Moreover, Jeannine brings a life-long love of theatre and 20 years of nonprofit arts experience to her new position with Book-It. She has previously worked with Jet City Improv, Northwest Girlchoir, and Village Theatre, where she oversaw $1.1 million in annual fund donations and fundraising events. She holds a BA in Drama from the University of Washington, from where she also received a Business Administration Certificate in 2020. Jeannine has also been a professional improviser for 15 years and is a current cast member at Unexpected Productions in Pike Place Market. 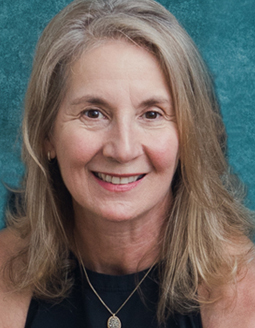 Jane is the founder and founding co-artistic director of Book-It Repertory Theatre, with Myra Platt. In her 30 years of staging literature, she has performed, adapted, and directed works by such literary giants as Charles Dickens, Eudora Welty, Edith Wharton, Kurt Vonnegut Jr., Pam Houston, Raymond Carver, Frank O’Connor, Jim Lynch, Ernest Hemingway, Colette, Amy Bloom, John Irving, John Steinbeck, Daphne du Maurier, and Jane Austen. A veteran actress of 35 years, she has played leading roles in many of America’s most prominent regional theatres. She co-directed with Tom Hulce at Seattle Repertory Theatre, Peter Parnell’s adaptation of John Irving’s The Cider House Rules, Parts I and II, which enjoyed successful runs in Seattle, at the Mark Taper Forum in Los Angeles (Ovation Award, best director) and in New York (Drama Desk Nomination, best director). Jane’s most recent directing credits include Native Gardens at Arizona Theatre Company. With Portland Center Stage she directed, Cyrano, Twelfth Night (Drammy awards, Best Direction and Production) and Book-It’s adaptations of Great Expectations and Pride and Prejudice. For Book-It her credits include The Maltese Falcon, A Moveable Feast, What We Talk About When We Talk About Love, The Dog of the South, Adventures of Huckleberry Finn: Uncensored, Truth Like the Sun, The House of Mirth, The Highest Tide, Travels with Charley, Pride and Prejudice, Howard’s End, In a Shallow Grave, The Awakening, Owen Meany’s Christmas Pageant, A Tale of Two Cities, and The Cider House Rules, Parts I and II, winner of the 2010 and 2011 Gregory Awards for Outstanding Production. In 2008 she, Myra Platt, and Book-It were honored to be named by The Seattle Times among seven Unsung Heroes and Uncommon Genius for their 20-year contribution to life in the Puget Sound region. She is a recipient of the 2009 Women’s University Club of Seattle Brava Award, a 2010 Women of Influence award from Puget Sound Business Journal, and the Paul G. Allen Family Foundation’s 20th Anniversary Founders Grant and was a finalist for the American Union for Stage Directors and Choreographers Foundation’s 2012 Zelda Fichandler Award. 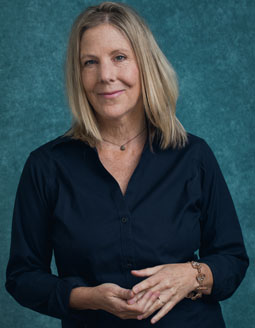 As founding member and founding co-artistic director with Jane Jones, Myra has helped produce over 90 world-premiere mainstage productions and over 30 education touring productions. Most recently she adapted and directed the new musical Howl’s Moving Castle (music by Justin Huertas) and The Brothers K: Parts I and II, and she directed The Amazing Adventures of Kavalier & Clay (2014 Gregory Award for Outstanding Production and The Seattle Times Footlight Award). Past credits include the following: ADAPTING and DIRECTING: The Brothers K: Parts I and II, Little Bee, The Financial Lives of the Poets, The River Why, Night Flight (an operetta with music by Joshua Kohl), Red Ranger Came Calling (a musical with Edd Key), The House of the Spirits, Giant, Plainsong, Cowboys Are My Weakness, I Know Why the Caged Bird Sings (2002 original production), Roman Fever, and A Child’s Christmas in Wales. DIRECTING: The Amazing Adventures of Kavalier & Clay; Persuasion; Cry, the Beloved Country; and Sweet Thursday. ADAPTING: I Know Why the Caged Bird Sings (2017 with Malika Oyetimein), The Art of Racing in the Rain, and Owen Meany’s Christmas Pageant (with Jane Jones). PERFORMING: Prairie Nocturne, The Beautiful Things that Heaven Bears, The Awakening (West Garland Los Angeles Award), and Howards End. Outside of Book-It, Myra has performed at Seattle Repertory Theatre, Intiman, New City Theatre, and Mark Taper Forum, among others. She originated the role of Candy Kendall in The Cider House Rules, Parts I and II, directed by Jane Jones and Tom Hulce. In 2010, Myra, and Jane Jones received a Paul G. Allen Family Foundation Anniversary grant and the 2010 Women of Influence from Puget Sound Business Journal. In 2008, Myra and Jane (and Book-It) were honored to be named by The Seattle Times as one of seven Unsung Heroes and Uncommon Genius for their 20-year contribution to life in the Puget Sound Region.