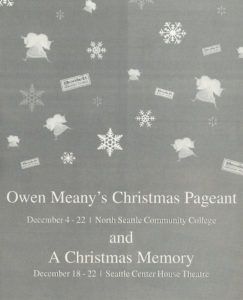 ruman Capote began writing at age 8, and developed into a master of imagery. His use of the English language is profound. His ability to tap into the deepest emotional wells with maximum brevity is astonishing and A Christmas Memory is no exception. A Child’s Christmas, by Dylan Thomas, delves into family togetherness and play in a wonderfully, colorful way.