The Dog of the South 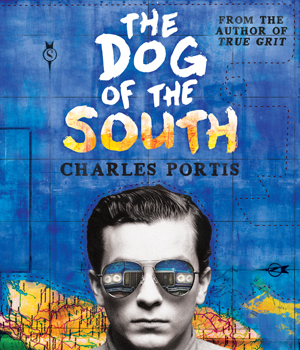 ]This comic road-trip adventure has been called Portis’s real masterpiece. When protagonist Ray Midge follows the trail of his missing wife, her lover—and most importantly his blue Torino—he’s besieged by tropical storms, scammers, and hippies as he makes his way on a wild ride from Arkansas to Belize. A writers’ favorite, Roy Blount Jr. recommends, “Don’t die until you’ve read The Dog of the South.

Take a Road Trip to Sweet Hilarity in Book-It’s THE DOG OF THE SOUTH
Broadway World, 2/16/15

Artists in the Audience: The Dog of the South
Encore Arts Seattle, 2/17/15

The Dog of the South: A Lost Ford Leads to Latin America
Seattle Weekly, 2/17/15

Of Gnats and Men: A New Reading of Portis
by Ron Rosenbaum

Charles Portis, a Journalist with True Grit
by Jay Jennings

A String of Maybes: Speculating the Elusive Charles Portis
by Aaron Gilbreath