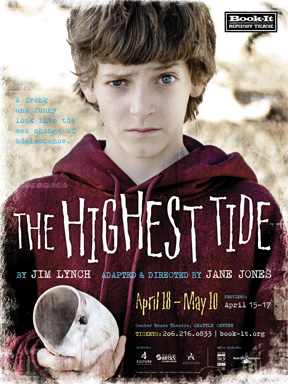 Obsessed with all things aquatic, 13-year-old, stature-challenged Miles O’Malley loves combing the tidal beaches near his Puget Sound home in the middle of the night. When one of his discoveries lands him unexpectedly in the news, he is launched into involuntary celebrity shaking his world in a way that is only topped by the Nisqually earthquake. Jim Lynch’s The Highest Tide gives us a fascinating peek under the waters of the Puget Sound, and sheds light on the awkward journey into adolescence.