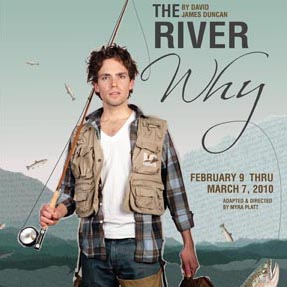 by David James Duncan
Adapted and Directed by Myra Platt

When young fishing prodigy Gus Orviston leaves his quirky fishing-obsessed family in the Portland suburbs for solitude on a remote Oregon river, his trip becomes far more than a drive to the country. Since David James Duncan’s first novel was published in the early 1980s, an ever-growing number of readers have connected with Gus’s hysterically funny yet perceptive and moving journey of self discovery and realization. Book-It audiences will, too.