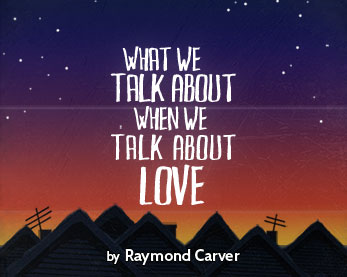 by Raymond Carver
Adapted and directed by Jane Jones

Two couples sit around a table, drink gin, and discuss what it means to love someone. What they reveal will have you unable to look away. Raymond Carver’s What We Talk About When We Talk About Love, featured in 2014’s Birdman, is paired with “Cathedral,” “Intimacy,” and “The Student’s Wife.” Book-It wowed mainstage audiences with this collection during the ’90s and brings a refreshed adaptation to the stage in 2015. Carver, who lived in Port Angeles, uses a literary style known as “dirty realism” to depict ordinary people as they contend with life the best way they can.