Last month the Seattle Office of Arts and Culture sponsored a Twitter conversation entitled Feminism + Arts in Seattle. It was a lively conversation and sparked much interest in the topic both during that forum and since then. It spawned a Facebook page and further conversation on Twitter (#SeaArtsFeminism), and is one part of an ongoing national dialogue about feminism in the arts.

Feminism and the role of women in all fields is a topic that should be central to our society, and The Office of Arts and Culture is to be congratulated for getting the ball rolling on the issue of feminism in the arts in our area.

This topic also sparked many conversations in our offices. We began thinking about how Book-It represents women, and the role of women in the work we do on stage.

That led to some number crunching: 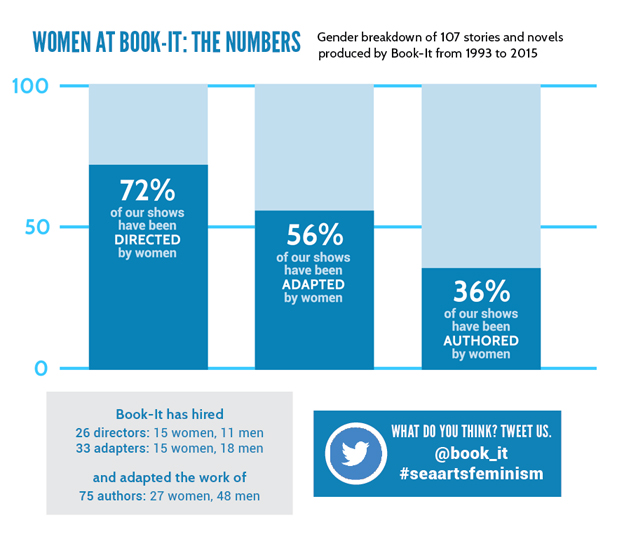 Although we pat ourselves on the back because the vast majority of Book-It shows are directed by women and a majority of our adapters are women, we pause to reflect on the lower percentage of female authors presented on our stage.

Why is the percentage of women authors lower than the other statistics? Some suggested it is because we present many classics from the 19th and 20th centuries, an era when writing was dominated by men; some said it was only coincidence; some said it was a reflection of the publishing industry’s inherent bias. Regardless of whether any of these factors is true—it has made us stop, reflect, and get more thoughtful about presenting work from all viewpoints and perspectives.

Why does it matter that women are given opportunities as directors, adapters and authors? Is it an issue of equity and fairness? I have been following Melinda Gates’ posts on these topics and the work of the Bill and Melinda Gates Foundation addressing worldwide issues of gender equality and empowerment for women, and she makes an important point about why having women in leadership roles is essential—girls and young women need role models of women leading the way in key positions making a difference in society. 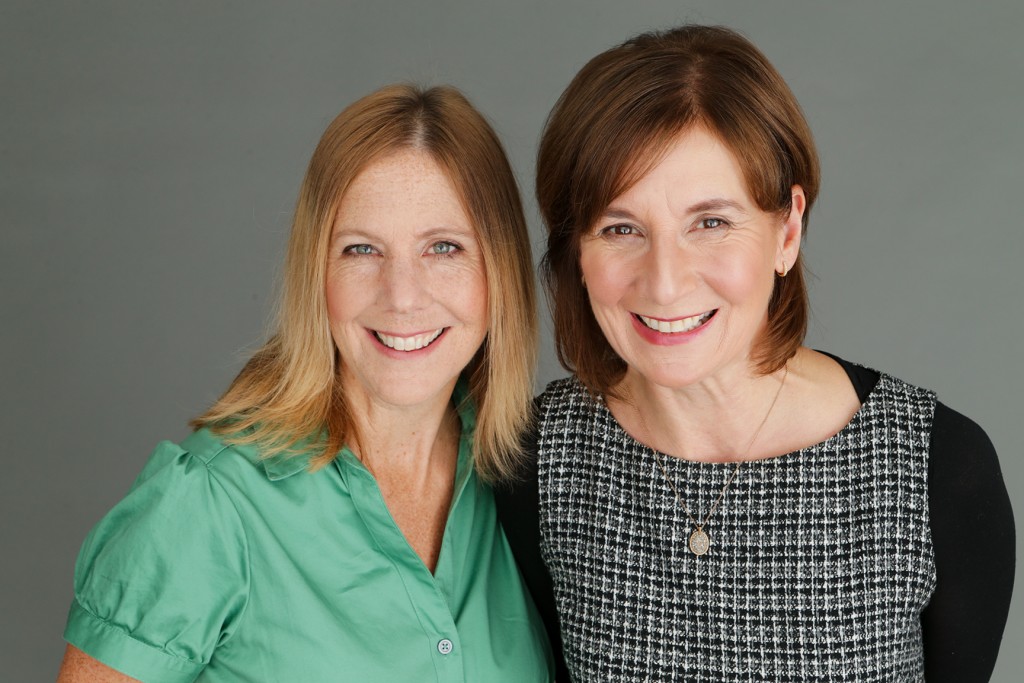 Book-It Repertory Theatre has been blazing the trail with two women leading the organization for the last quarter century. Jane Jones and Myra Platt have mentored countless women and been role models of how to succeed in the arts in our community and beyond. Over the years, Book-It has provided women opportunities to build their résumés and hone their skills as writers and adapters, directors, designers, actors, stage managers, and arts administrators to go on to careers locally, regionally, and nationally. The success of this organization has been driven by women in leadership roles at every level. (In fact, I’m also trail-blazing as the first male managing director in Book-It’s history.)

We cannot answer the question of how to create more opportunities for women or how to remove the barriers to success for women in the performing arts. What we can do is to raise issues, question our own assumptions, and welcome dialogue as we move this topic forward. We appreciate everyone who has participated in the #seaartsfeminism conversation started by the Seattle Office of Arts and Culture—please join us!

Read more about female representation in the arts:

American Theatre
Women Push for Equality On and Off the Stage

#SeaArtsFeminism
Highlights from the Seattle Office of Arts & Culture Conversation